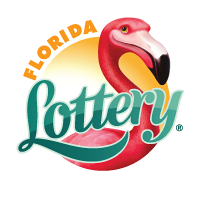 Secretary of the Florida Lottery 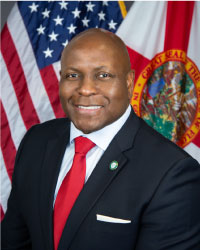 John F. Davis was appointed by Governor Ron DeSantis to be the Florida Lottery's tenth Secretary on October 26, 2020.

Secretary Davis is an accomplished leader with more than 20 years of service in the public and private sectors. He previously served as the Executive Vice President of the Orlando Regional Chamber of Commerce, where he established solid organizational structures that accelerated revenue and growth. He was also the President of the African American Chamber of Commerce of Central Florida, overseeing businesses and organizations in six counties. In 2018, Orlando Magazine named Secretary Davis one of the Top 15 Leaders to Watch.

Prior to his career in the public sector, Secretary Davis co-founded a private business aimed at offering professional training services and youth sport programs. A native of Pahokee, he earned his bachelor's degree in political science from Florida State University where he was a standout safety for the Seminole football team. Today, Secretary Davis continues to be an active member of his community, volunteering his time with the United Way, Valencia College, Volunteer Florida, and the Kappa Alpha Psi Achievement Foundation.

The Florida Lottery's mission to maximize revenues to enhance education in Florida is something that Secretary Davis holds near and dear to his heart. His previous leadership roles in the greater Orlando community were rooted in supporting youth and students to help them achieve their dreams. Every decision made by the Florida Lottery is done so with the welfare of Florida's students and schools in mind. Over the past 33 years, the Lottery has provided funding for more than 880,000 Bright Futures Scholarships, benefitting students statewide.